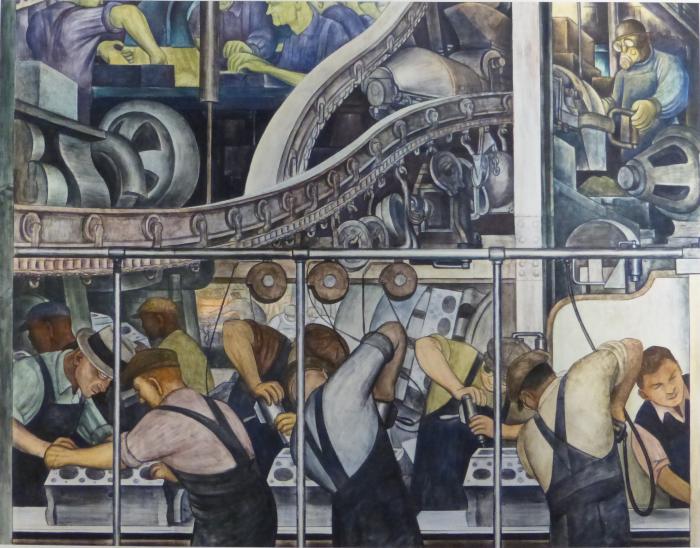 Diego Rivera was a Mexican artist of the late 19th and early 20th centuries known for his large-scale frescoes inspired by the Italian tradition, and for helping establish the Mexican Mural Renaissance. His works are composed of simple forms with vivid colors, inspired by both the Cubist movement as well as Post-Impressionism. The Detroit Industry Murals were painted as a tribute to the city's manufacturing base and labor force of the 1930s. Rivera completed the twenty-seven panel work in eleven months, from April 1932 to March 1933.