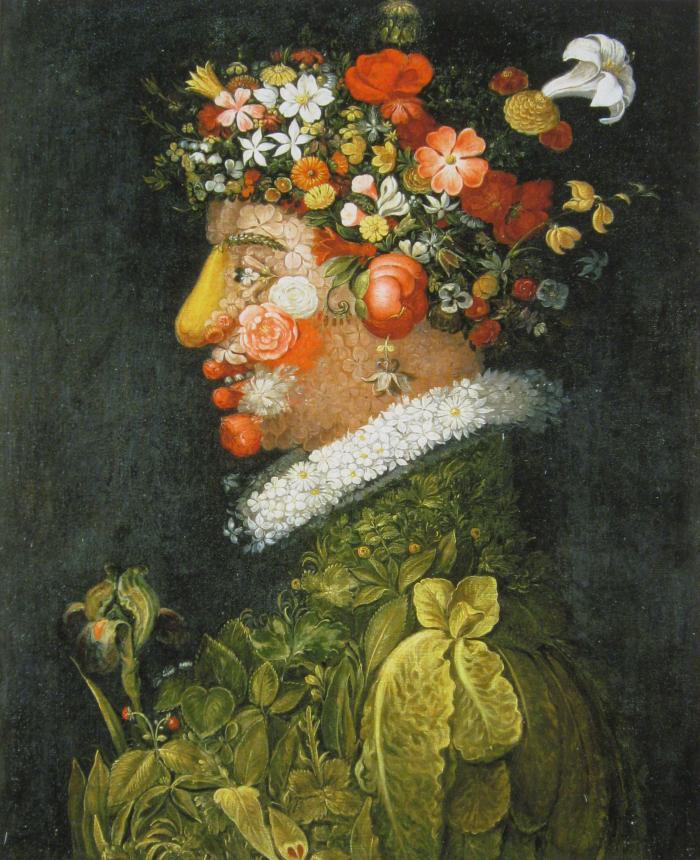 Portrait of a man made entirely out of flowers.

Giuseppe Arcimboldo was an Italian painter best known for creating imaginative portrait heads made entirely of such objects as fruits, vegetables, flowers, fish, and books-that is he painted representations of these objects on the canvas arranged in such a way that the whole collection of objects formed a recognizable likeness of the portrait subject. Arcimboldo is known as a 16th-century Mannerist, which consisted of a transitional period from 1520 to 1590. This style adopted some elements from the High Renaissance and influenced other elements in the Baroque period. The emphasis in Mannerist work tends to show close relationships between human and nature. These paintings are held in numerous prominent collections around the world including but limited to, the Museo de la Real Academia de San Fernando in Madrid, Kunsthistorisches Museum in Vienna, Musée du Louvre in Paris, and the Art Museum in Denver.