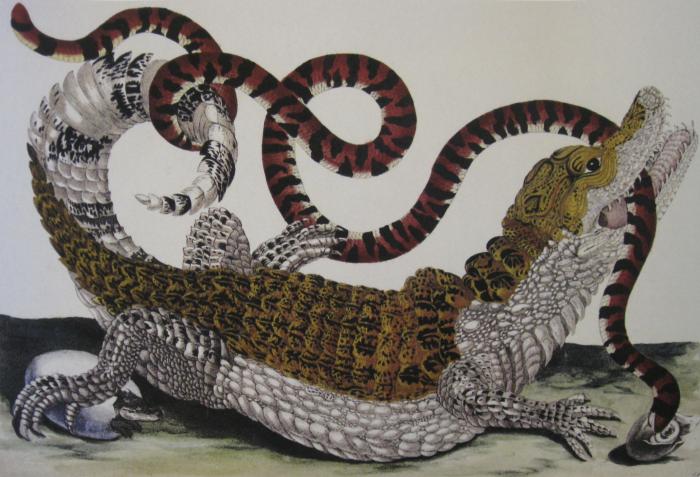 Maria Sibylla Merian was a naturalist and scientific illustrator who studied plants, animals, and insects. Merian published her first book of natural illustrations in 1670, where this illustration probably appeared. Her most famous book was the "Insects of Surinam," which was published in 1705 and received international acclaim.