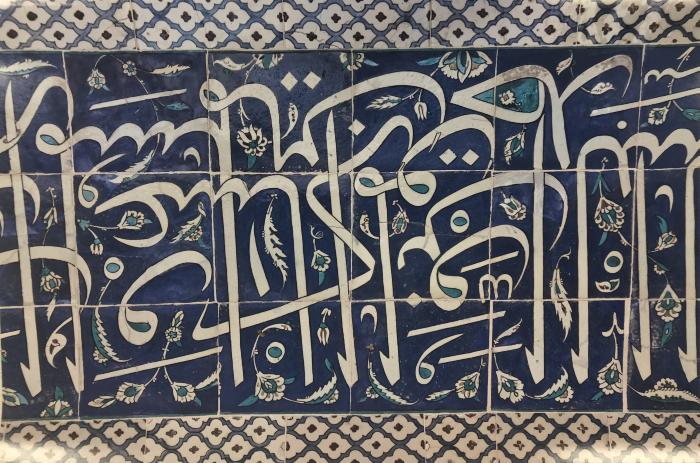 The Topkapi Palace, or the Seraglio, is a large museum in Istanbul, Turkey. In the 15th century, it served as the main residence and administrative headquarters of the Ottoman sultans. Construction began in 1459, ordered by Mehmed the Conqueror, six years after the conquest of Constantinople. It has been expanded upon and altered many times throughout its long history. It served as the home of the Ottoman sultans until the middle of the 19th century. Today, the palace building is the home to a museum. This photograph of tiles at the Palace show the art of Arabic calligraphy. This is common at the Palace as the Ottoman sultans, while their main language is Turkish, decorated religiously or politically significant architecture with Islamic formulations in Arabic.