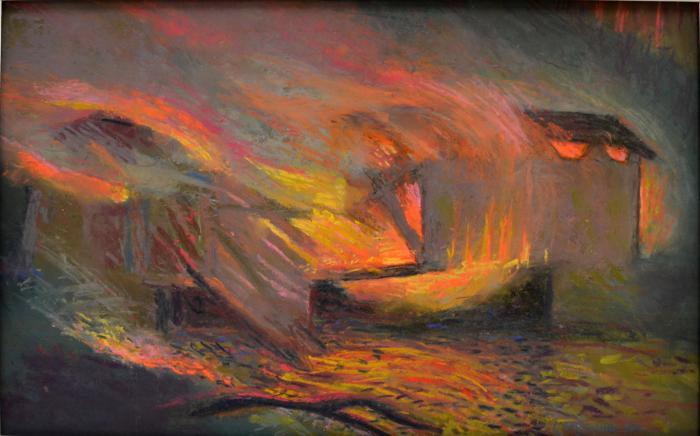 Gift of George and Barbara Gordon

A bridge at nighttime, engulfed in orange, yellow, and pink flames and smoke. The light from the colorful fire is reflected in the river below.

After high school, in 1945, Carl Forslund joined the 20th Air Force in Guam where he became staff artist. Forslund later attended the University of Michigan and began working in the family furniture business. Upon his retirement Forslund began working with soft pastels and in 2005 was inducted into the Masters Circle of the International Association of Pastel Societies.