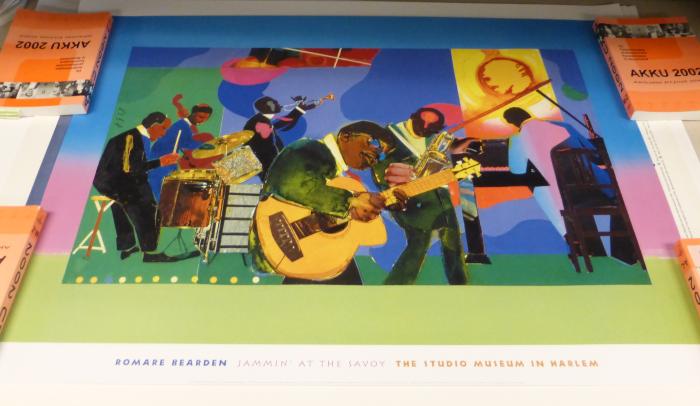 “Jammin' at the Savoy” by Romare Bearden

A jazz band playing in front of a colorful background.

Romare Bearden (1911-1988) was an African-American artist, author and songwriter. He worked in a number of different mediums including oil painting, cartoon and collage. His early paintings were scenes of the American South, focusing on the unity and cooperation within the African- American community. After serving in the US Army during World War II, his artwork became more abstract. He became a founding member of the Harlem-based group known as The Spiral, formed to discuss the role artists could play in the civil rights movement.