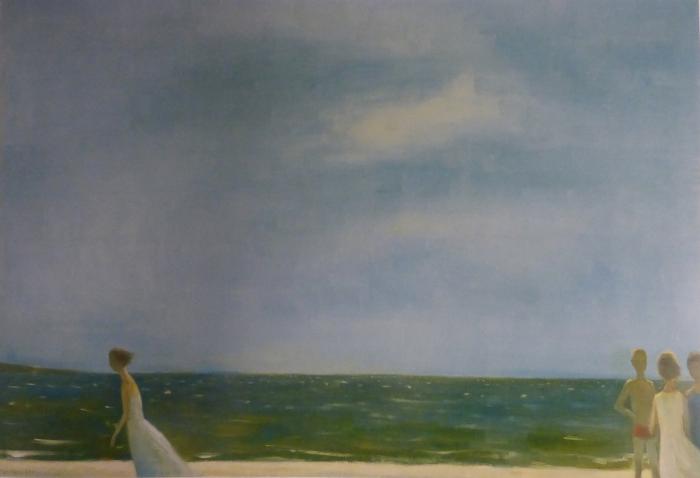 A women and group of children on the shore.

Jean Paul Lemieux is particularly recognized for his paintings of the desolate, seemingly infinite spaces of the landscapes and cities of Quebec. Many of his works are permeated with an intense feeling of mystery. Lemieux studied at the École des beaux-arts de Montréal from 1926 to 1929 and demonstrated a talent for illustration. Upon graduating he spent a year in Paris, where he studied at the Académie de la Grande Chaumière and Académie Colarossi. He returned to the École des beaux-arts in Montreal from 1931 to 1935 to obtain a teaching diploma, then taught at the École des beaux-arts in Quebec City, his birthplace, from 1937 to 1967. - Adapted form the National Gallery of Canada. Purchased at the Musee national beaux-arts du Quebec.