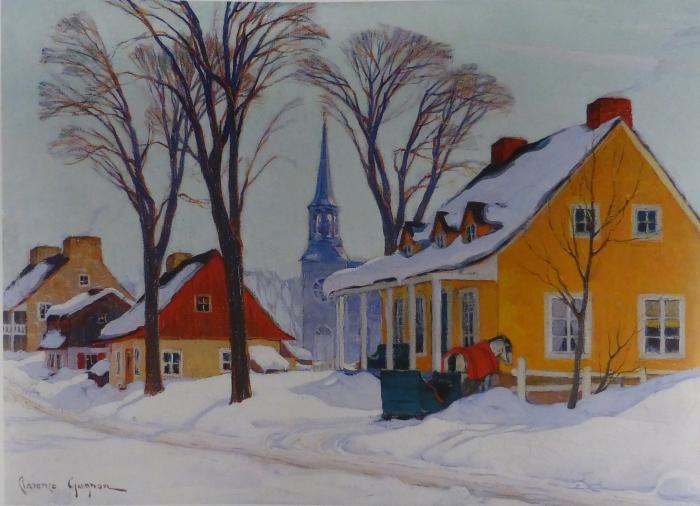 A few snow-covered houses with a church in the background.

"Clarence Gagnon is best known for his rural Quebec landscape paintings and the illustrations for Louise Hémon’s novel Maria Chapdelaine. Gagnon’s early paintings of rural themes attracted the interest and subsequent patronage of the Montreal businessman and collector James Morgan. With a monthly stipend from Morgan, Gagnon was able to travel to Europe to study at the Académie Julian, Paris, under Jean-Paul Laurens from 1904 to 1905. Gignon moved between France, Canada, and Norway throughout his life, but continued painting Canadian winter landscapes composed of valleys and mountains, of sharp contrasts of light and shadow, of vivid colours, and of sinuous lines." -National Canadian Gallery. Purchased at the Musee national beaux-arts du Quebec.