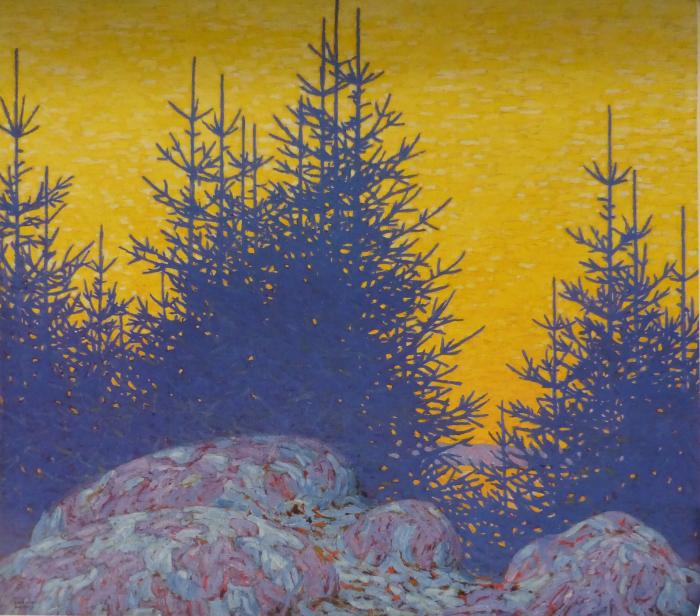 "Lawren Stewart Harris was a leading landscape painter, imbuing his paintings with a spiritual dimension. An inspirer of other artists, he was a key figure in the Group of Seven and gave new vision to representations of the northern Canadian landscape. Harris spent three years studying in Germany (1904-07), where he became interested in theosophy, a mystical branch of religious philosophy that would inform his later painting. Coming from a wealthy family he was able to devote himself entirely to his art." -National Gallery of Canada. Purchased at the National Gallery of Canada.