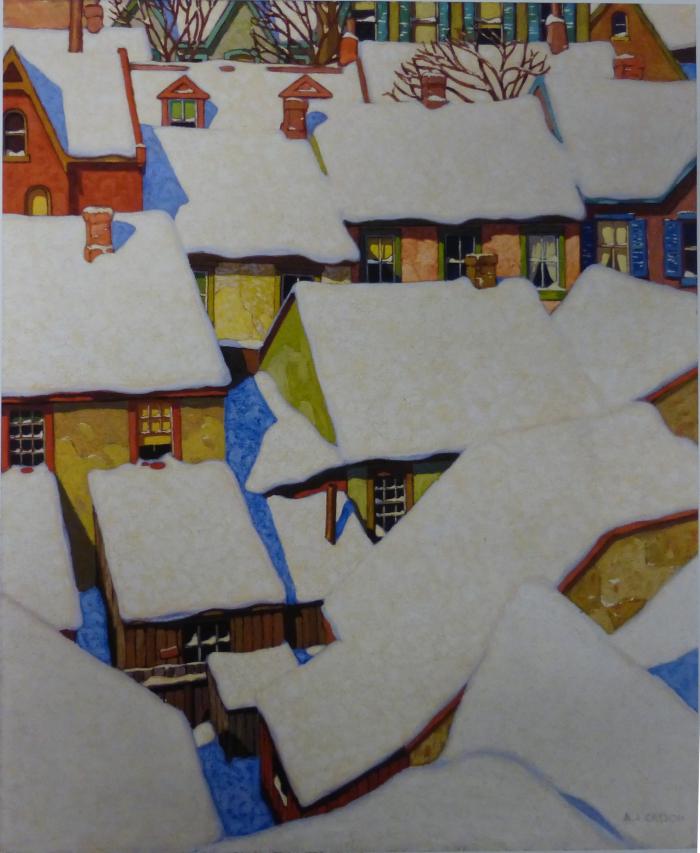 Housetops on the Ward

Reproduction Print of oil on canvas.

Alfred Joseph Casson was born in Toronto, Ontario. He was a young commercial artist, assistant to Franklin Carmichael, when the Group of Seven (of which Carmichael was an original member) was formed. In 1926, the Group of Seven consisted of only six members due to the resignation of Frank Johnston, and the Group invited Casson to join in order to restore their numbers to seven. While Casson often painted the landscape of Northern Ontario like the other Group of Seven artists, his favorite subjects also included the small towns and villages closer to home.