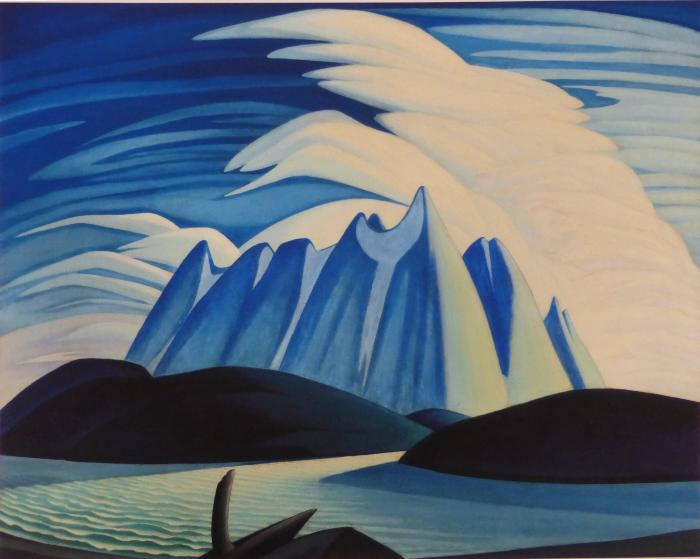 Blue mountains rising up from a lake.

Lawren Stewart Harris was a leading landscape painter, his paintings embodying a spiritual dimension. He was a key figure in the Group of Seven, a group of Canadian landscape painters formed int he 1920s, and gave new vision to representations of the northern Canadian landscape. Harris spent three years studying in Germany where he became interested in theosophy, a mystical branch of religious philosophy that would inform his later painting.