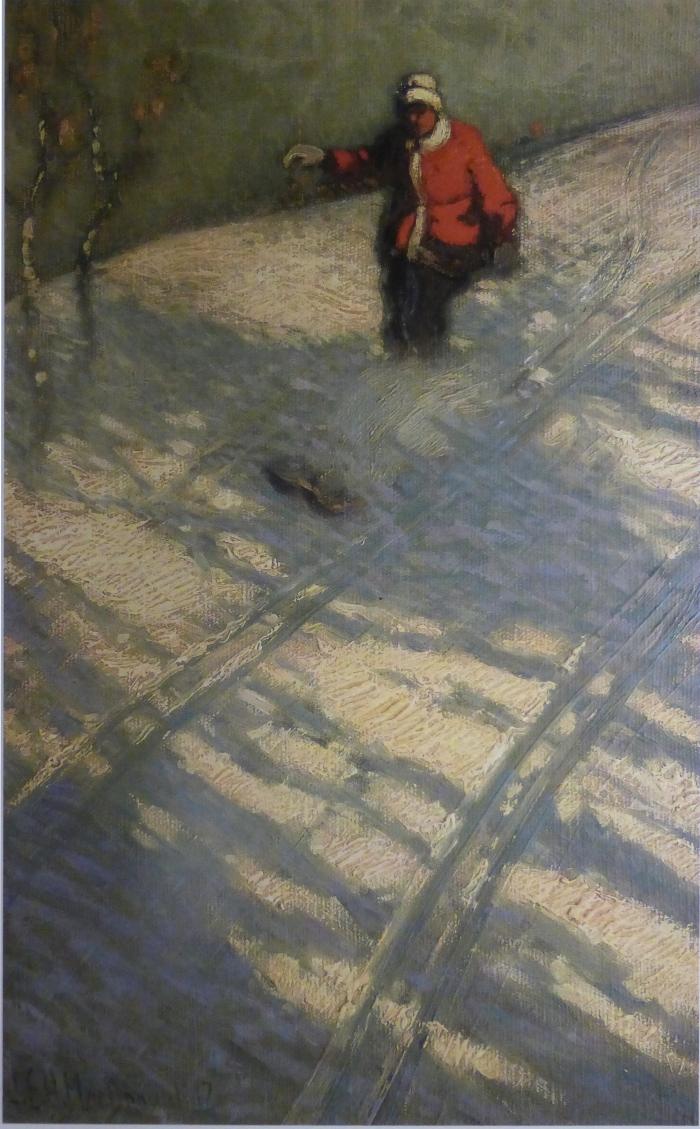 A person in a red coat skiing.

"James Edward Hervey MacDonald, a founding member of the Group of Seven, responded to the Canadian landscape with a sensitivity honed by his interest in the American writers Henry David Thoreau and Walt Whitman. One of Canada's leading graphic designers and a popular art teacher, MacDonald was also a poet and calligrapher. His design work was strongly influenced by Arts and Crafts designers in England and Canada, especially William Morris." -National Gallery of Canada. This was purchased at the National Gallery of Canada.