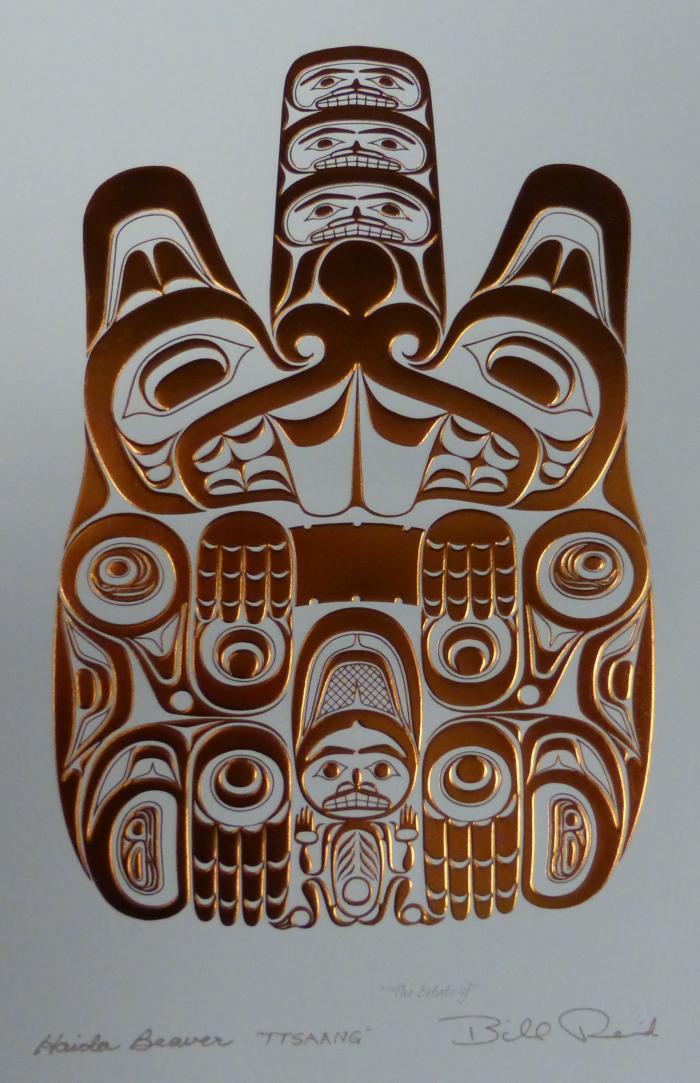 Embossed and bronze-stamped reproduction of a drawing.

As a crest, the Beaver has been claimed by most Haida families of the Eagle side. In Haida mythology, the Beaver is one of the Raven's adoptive uncles, from whom he stole the house itself and all of its surroundings-the lake, the stream , all fish that swam in them, the fish trap, and so on. He is the symbol of prodigious renewable wealth. THe two most identifying symbols of the beaver are the incisor teeth and the scaly tail, which Reid depicted as a small human, being drawn up against the stomach. He is also shown carrying a chewing stick in his front paws that have fingers.