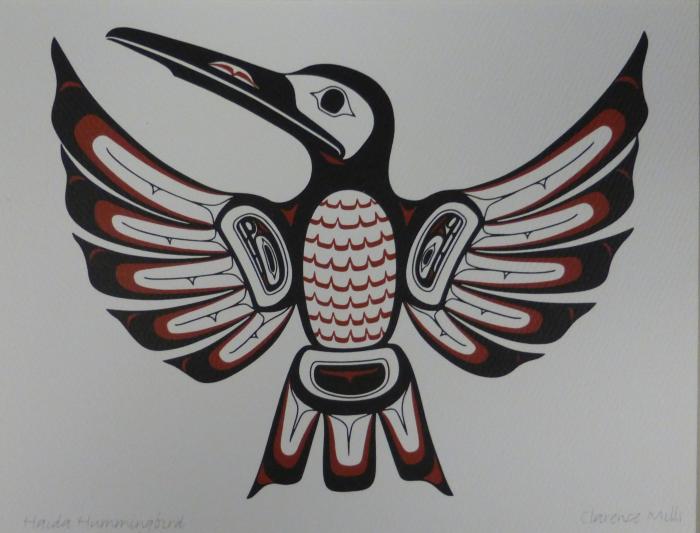 A black and red hummingbird crest.

Haida artist Clarence Mills was born at Skidegate, Queen Charlotte Islands, British Columbia. He is a member of the Eagle Clan and takes the Split Raven and Grizzly Bear as his crests. His grandfather Jimmy Wilson was hereditary Chief Skedans. His grandmother gave him his Haida name – Gah-ghin-skuss, meaning ‘your out of your own land’. With guidance from his uncle, Doug Wilson, Clarence began studying traditional Haida art at the age of eighteen. Clarence has dedicated himself to becoming proficient in a wide variety of mediums, including silkscreen printmaking, sandblasting glass, silver & gold jewelry. He also carves argillite, traditional stone of the Haida, along with cedar boxes, bowls, doors, plaques, and monumental size totem poles for various international events.