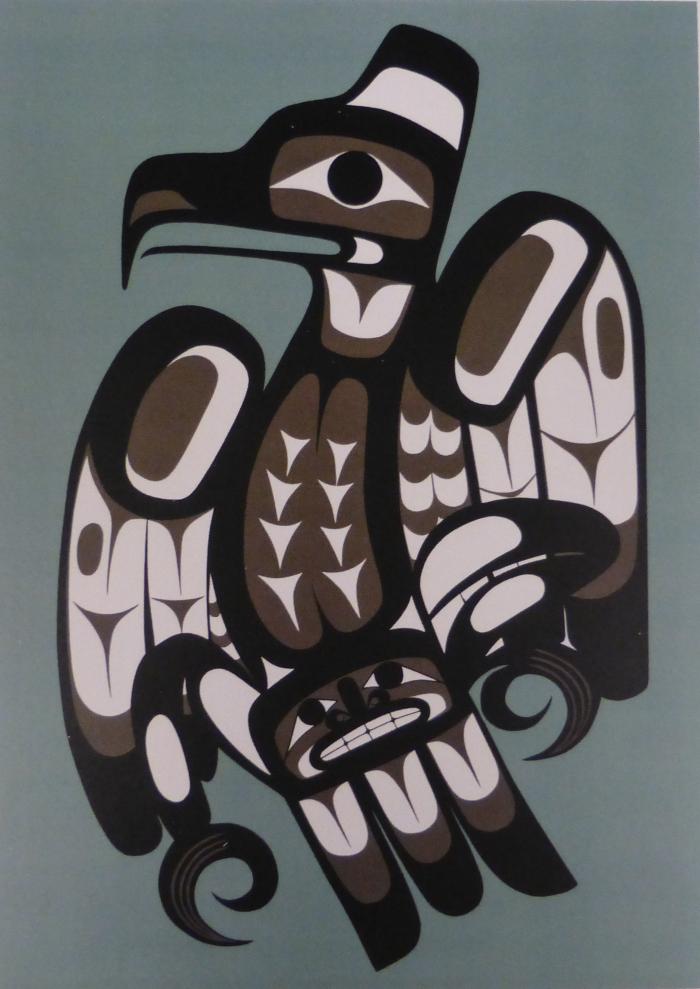 A brown, black, and white animal crest on a teal background.

"Francis Dick is a contemporary aboriginal artist and a member of the Kwakwaka’wakw Nation. She is a descendant of the supernatural Wolf, Kawadelekala, who became the first of the Kingcome people. Francis began her career as a social worker after receiving her degree from the University of Victoria, but quickly realized that her true calling in life was to honor her natural artistic talents. Francis Dick’s first aboriginal painting in 1985, Kawadelekala, was created to honor her grandmother’s life and spirit after her death. Four months later, her youngest brother, Jesse, took his own life. She created her second aboriginal painting as a way to acknowledge her love and honor for her brother. The pain of losing Jesse took her to a doorway where her journey of self discovery began through her northwest coast art." -Canadian Art Prints and Winn Devon Art Group. This piece was purchased at the Art Gallery of Ontario.