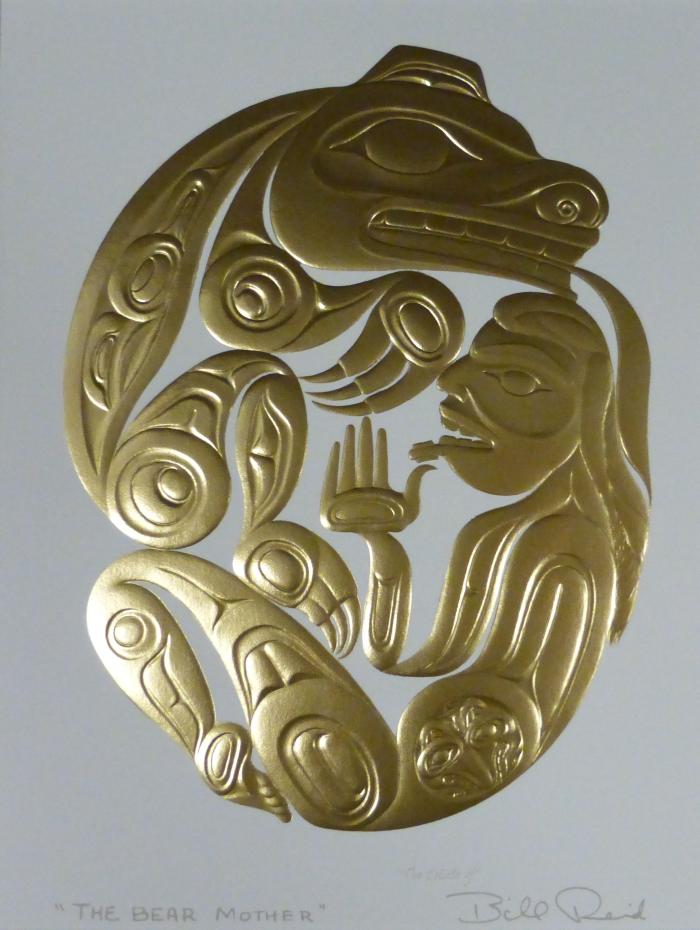 The Bear Mother and her Husband

Embossed and gold-stamped reproduction of a hand drawing.

The Bear Mother legend is an epic in which a Haida woman, while picking berries, was kidnapped by some bears who held her captive in their village until, impressed by her aristocratic appearance and demeanor, accepted her as the wife of a ranking prince. From this union, twin half-human half-bear cubs were born. One day the sound of hunting dogs was hears and it was deduced that they belonged to the woman's brothers who were trying to rescue her. Realizing that only through his sacrifice could the bear clan be established among the Haidas, the Bear Father agreed to emerge from his cave and allow himself to be killed in a ceremonial duel, thus permitting his wife and children to return to human habitation.