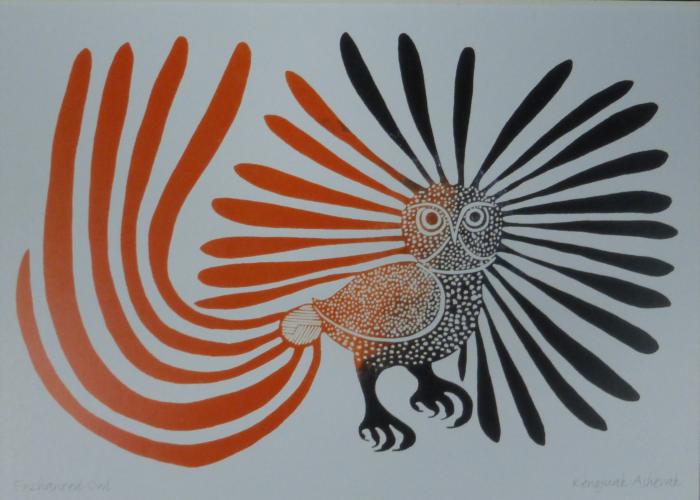 An orange and black owl with a starburst shape behind it.

Like many Inuit artists, Kenojuak Ashevak has spent most of her life living on the land in a manner not unlike that of her ancestors. She was born at the south Baffin Island camp of Ikirisaq, and grew up traveling from camp to camp on south Buffin and in Canada’s Eastern Arctic. Kenojuak first began experimenting with drawing and stone carving in the late 1950s. Her early work appeared in the Cape Dorset Annual Graphics Collections, launching a career that would include numerous national and international commissions, special projects and exhibitions.