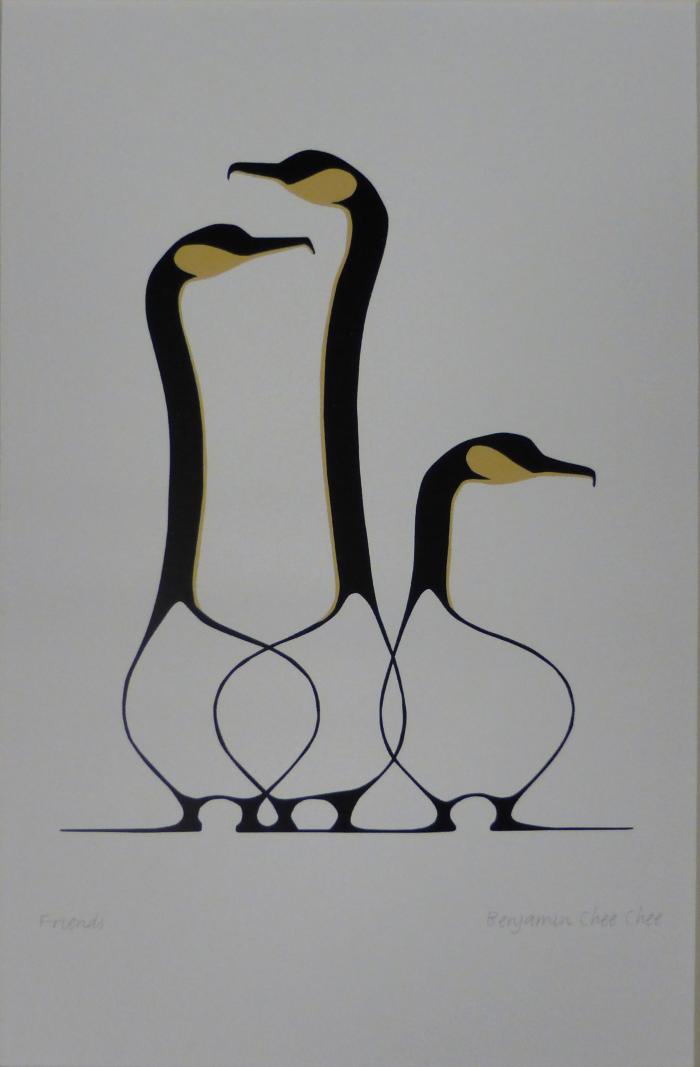 Born in Temagami, Ontario, Benjamin Chee Chee largely taught himself to draw and paint. His father died when he was two months old and he lost track of his mother. One reason behind his drive for success as a painter was his ambition to be reunited with her. He was a prominent member of the second generation of Woodland Indian painters, a native art movement that began in the early nineteen-sixties and has since become one of the important art schools in Canada. Unlike many of his contemporaries, Chee Chee pursued an economical graphic style, a reduction of line and image more in keeping with mainstream international modern art.