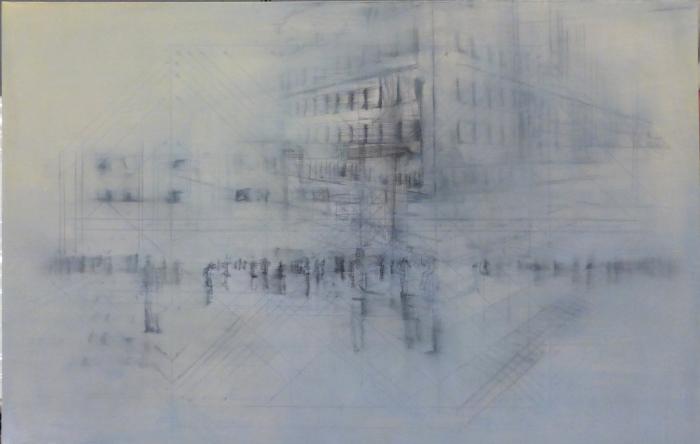 KHS; 1st Fl; Across from Recycling

Oil, Graphite, and Charcoal on Canvas

A grey and black street scene with several human figures mingling in front of a building.

"In my work I layer fragments of visual information influenced from atomic diagrams, maps, and masses of figural bodies that are in motion. My current work arose from an intense fascination with the Buddhist notion of Emptiness and how to use this to understand reality. The idea of emptiness aims to reveal the interdependent nature of everything we see, and how reality is constructed through an infinite network of relationships. This essential notion of interdependency is the same platform which aspects of quantum physics and the study of complex systems have used in order to understand the mechanics of our universe. I integrate these subjects by selecting and layering certain visual elements of each to play with the relationships among this set of dynamic networks." - Angeline Meitzler