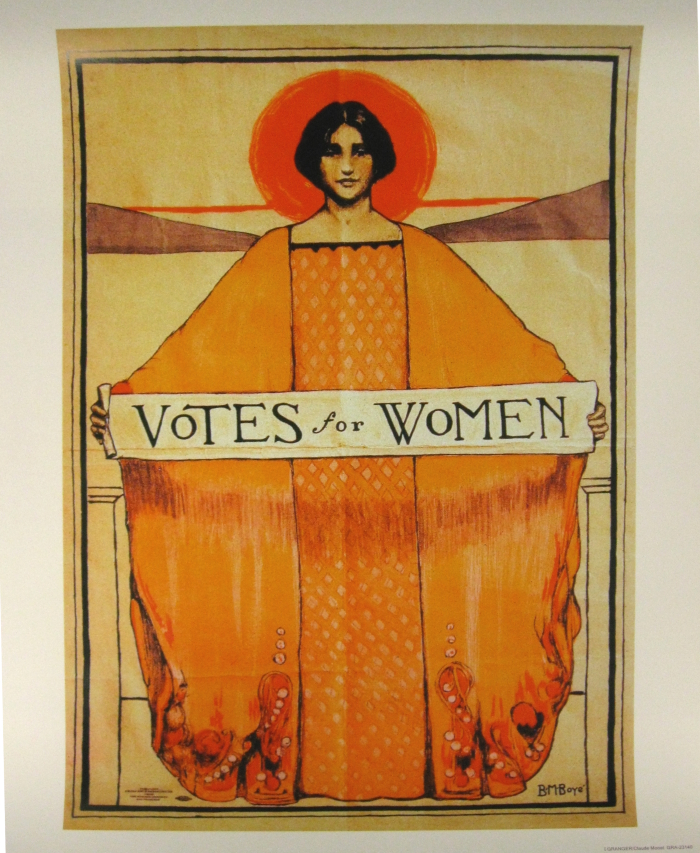 Votes for Women by B.M. Boye

Women in an orange dress with arms spread holding a "Votes for Women" scroll.

The demand for women’s suffrage and the right for women to vote in elections, began to gather strength in the United States of America in 1840’s, emerging from larger movements for women’s rights and equality. It took more than half a century, first in various states and then finally nationally in 1920 for it to become legal for women to vote. Today, the Nineteenth Amendment to the United States Constitution prohibits the denial of the right to vote to citizens based on sex, in effect recognizing the right of women to a vote.