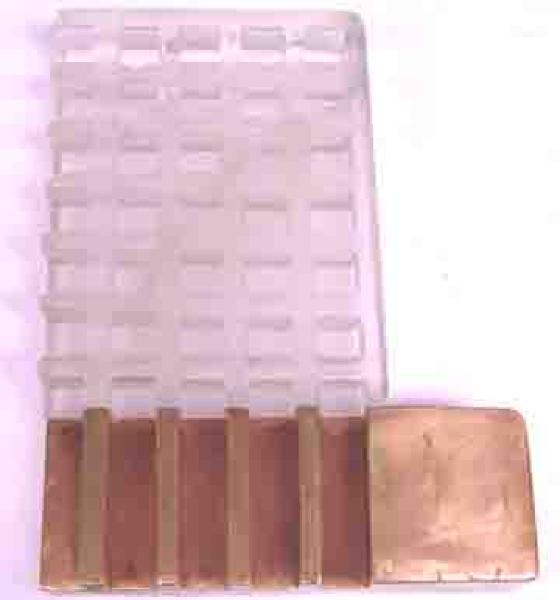 Cast Glass with Metal Base

Waffle-cut glass with bronze-colored base.

Herb Babcock began as a metal sculptor. He studied glass blowing in 1969 and created a series of Glass Image Vessels in 1974. Eventually he began to combine metal and glass in sculpture. The Pillared Series, which includes glass, steel and stone, began in 1989. Babcock received his BFA from the Cleveland Institute of Art and his MFA from the Cranbrook Academy of Art. He currently serves as Chairman of the Glass Department at the College for Creative Studies and has been a professor at CCS since 1974. He was born in Bloomdale, Ohio and lives in Oxford, Michigan.