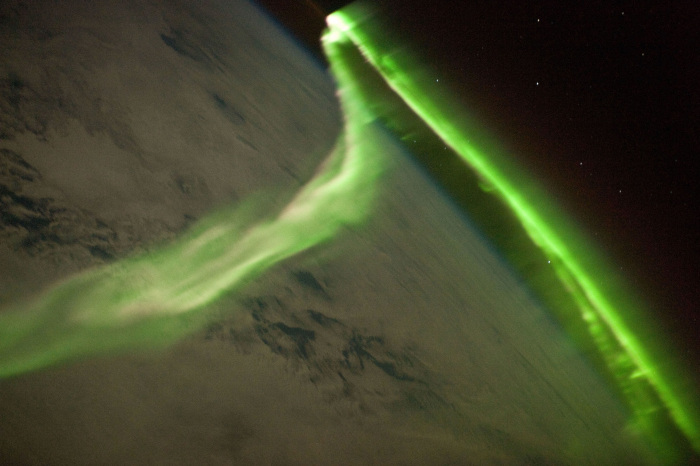 In 2014, the GVSU Art Gallery hosted an exhibition titled “The History of Space Photography” that featured over 50 noteworthy images from the last 50 years of space exploration. Images included some of the earliest black and white photographs of the moon to more recent image taken with the Mars Curiosity rover. These images were captured by astronauts, astronomers, and data visualization experts. In this photograph, the Aurora Australis is featured in this image photographed by an Expedition 23 crew member on the International Space Station. This striking aurora image was taken during a geomagnetic storm that was most likely caused by a mass ejection from the Sun’s corona on May 24, 2010.