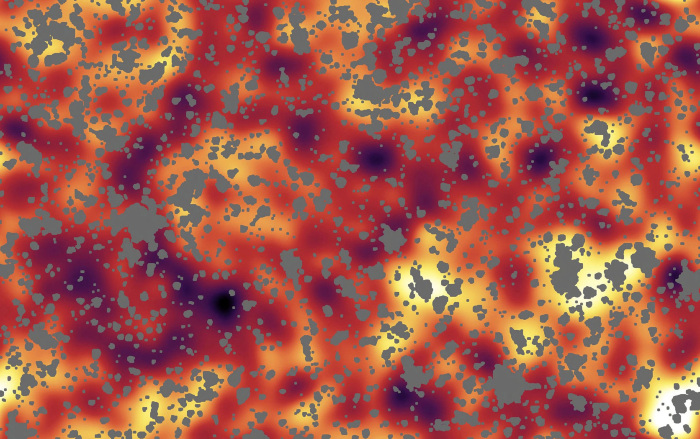 This is an image from NASA's Spitzer Space Telescope of the Ursa Major constellation after stars, galaxies and other sources were masked out. The remaining background light is from a period of time when the universe was less than one billion years old, and most likely originated from the universe's very first groups of objects of either huge stars or voracious black holes. Darker shades in the image on the left correspond to dimmer parts of the background glow, while yellow and white show the brightest light.