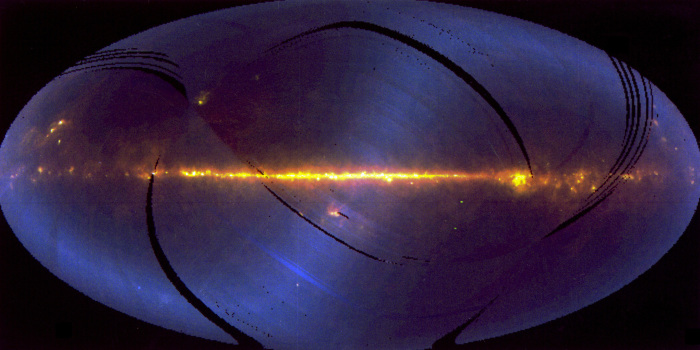 With the exception of the Earth, this is a representative color view from IRAS of nearly the entire heavens. Launched on January 25, 1983, the Infrared Astronomical Satellite (IRAS) was the first-ever space-based observatory to perform a survey of the entire sky at infrared wavelengths. Its mission lasted ten months. The IRAS was a joint project of the United States (NASA), the Netherlands (NIVR), and the United Kingdom (SERC). It was the first observatory to perform an all-sky survey at infrared wavelengths. It mapped 96% of the sky four times at 12, 25, 60, and 100 micrometer wavelengths.