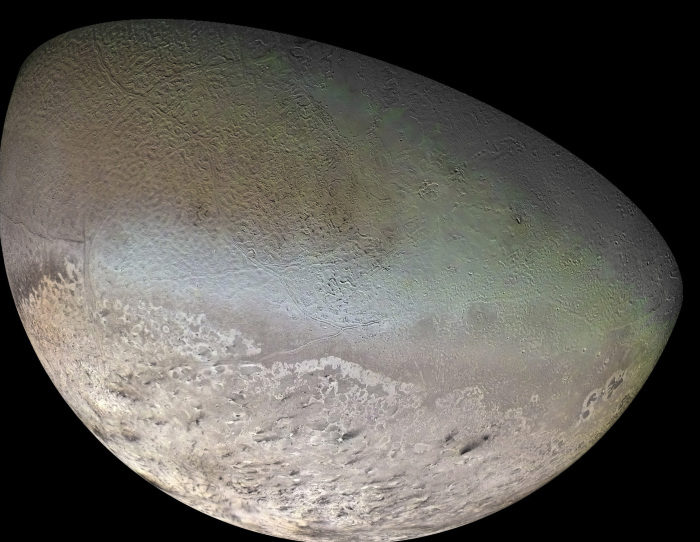 Neptune’s moon Triton is the only moon in the solar system that orbits in the opposite direction of its home planet, known as a retrograde orbit. Triton's atmosphere is mostly composed of large amounts of nitrogen and some methane, and due to the frigidly cold temperatures, the nitrogen is condensed to frost and creates an icy quality that reflects the sun's light. Triton was discovered in 1846, only 17 days after the planet Neptune was discovered.