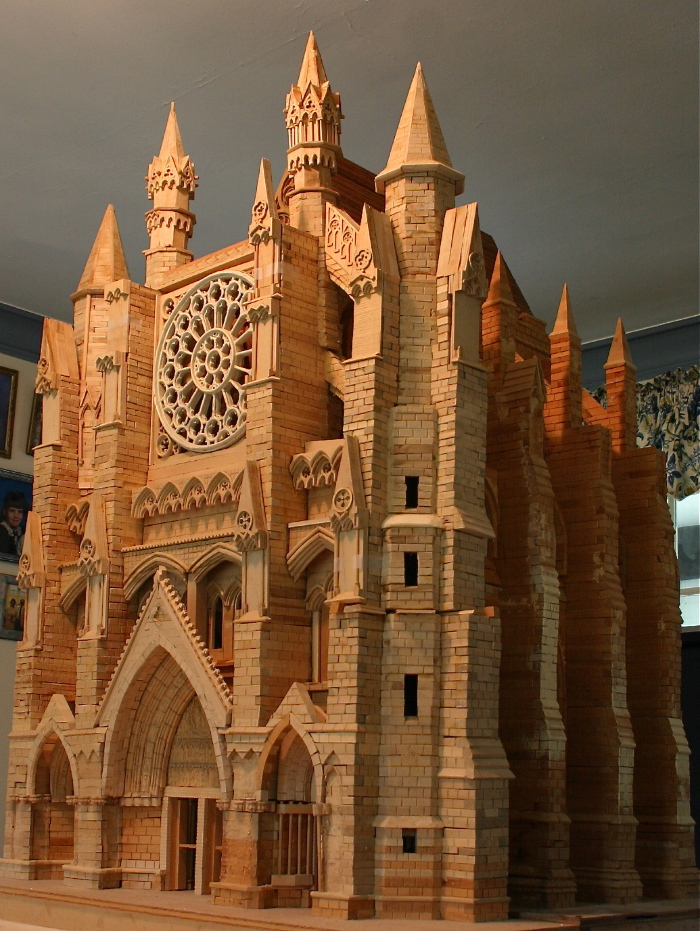 Gift of Heather Lane-Fowler, in Memory of her Father, Richard Clair Lane

Architect and woodworker Richard Lane began construction of this 32:1 scale wood carving of the North Entrance of Westminster Abbey in 2005 and continued working on it until his death in 2012. Each block was individually carved and glued together. The project was started as a study in architecture and an attempt to understand the lives and faith of those who built Westminster Abbey. Heather Lane-Fowler, his daughter, completed the study using the drawings, photographs, and blueprints her father had left behind. Richard Lane graduated from the University of Michigan with BA and MA in architecture. He worked for local architectural firms near Battle Creek, MI, taught architectural drafting at Michigan State University, and worked as an engineer at the Veterans Affairs Medical Center in Battle Creek.