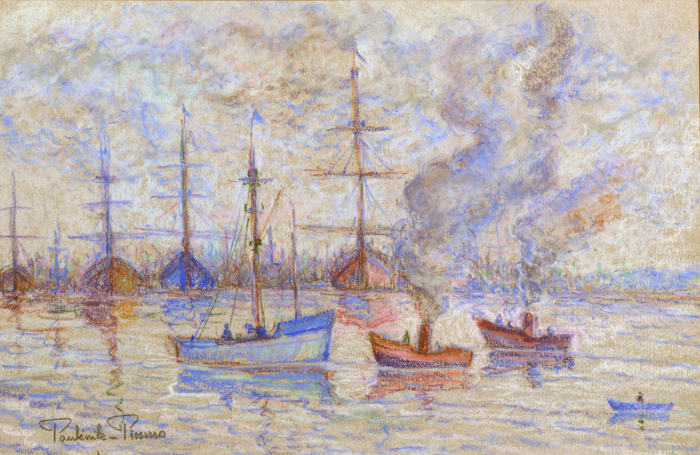 Of French Impressionist painter Camille Pissarro’s eight children, five followed in their father’s footsteps and became artists, including the youngest son, Paulémile. Surrounded by creative individuals (Claude Monet was his godfather) and encouraged to draw at an early age, Paulémile honed his craft and adopted a fondness for Impressionist subject matter, notably rural and marine themes. After his father’s death in 1903, Paulémile set aside artistic pursuits and worked as an automobile mechanic and, later, a lace designer. By the 1920s, however, Pissarro turned back to painting full time and became an artist of note. His work was shown in the Salon des Indépendants, the Salon d’Automne and the Salon des Tuileries in Paris.