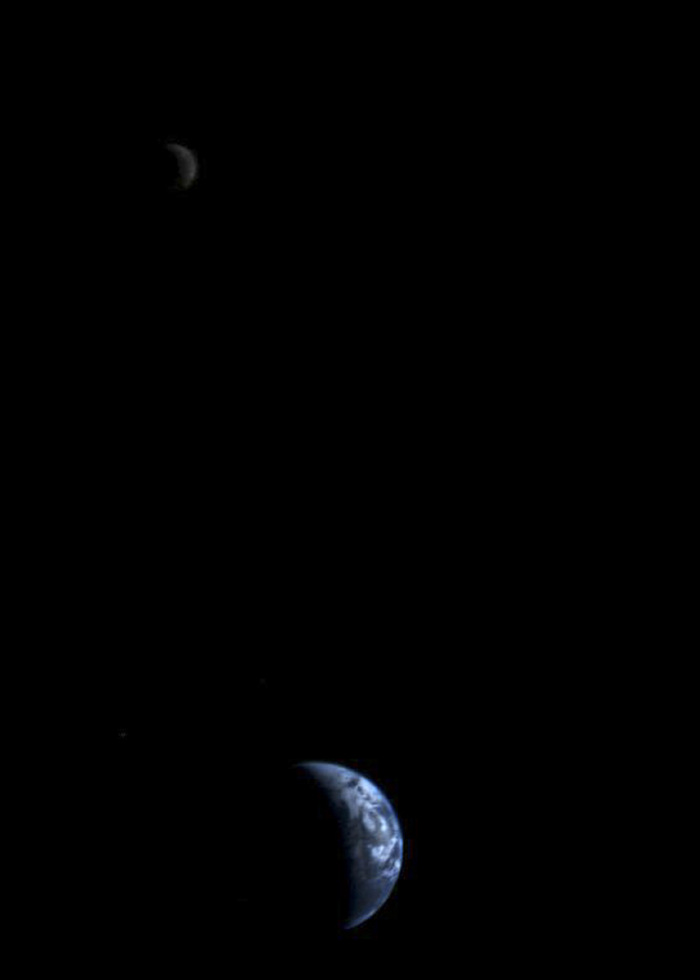 This image was originally part of the exhibit "The History of Space Photography," organized by the California International ARts Foundation and hosted by the GVSU Art Gallery in 2014. The exhibit included over 50 noteworthy images from the last 50 years of space explorations, from early black and white photographs of the moon, images taken from the Mars Curiosity rover. This is an image, of the Earth and Moon in a single frame, is the first of its kind ever taken by a spacecraft. It was recorded on September 18, 1977 by NASA's Voyager 1 when it was 7.25 million miles (11.66 million kilometers) from Earth.