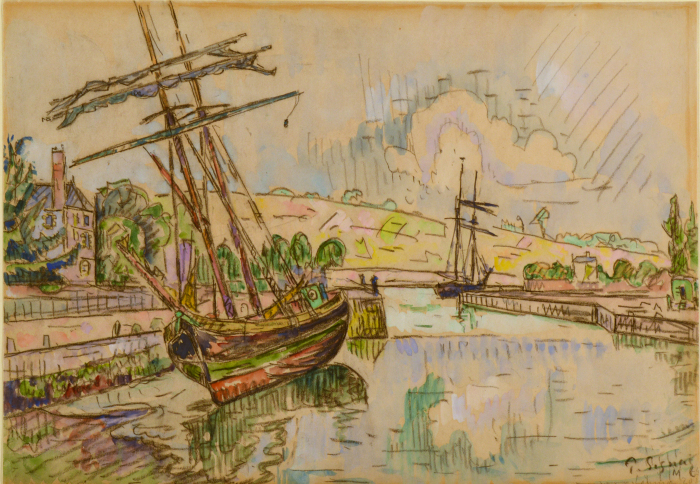 Watercolor and graphite on paper

Paul Signac was born in Paris where he began his training in architecture before, at the age of 18, decided to pursue a career as an artist after seeing an exhibition of Claude Monet’s work. For years he sailed the Mediterranean Sea, visiting the coats of Europe, and painted the landscapes within the traditional French Neo-Impressionist style he became known for. Later in his career he met Georges Seurat and became infatuated with the working methods of Seurat and his theories of color and style. Under Seurat’s influence, Signac slowly abandoned the short brushstrokes of impressionism, and began using small dots of pure color, a technique and style he and Seurat eventually called Pointillism.