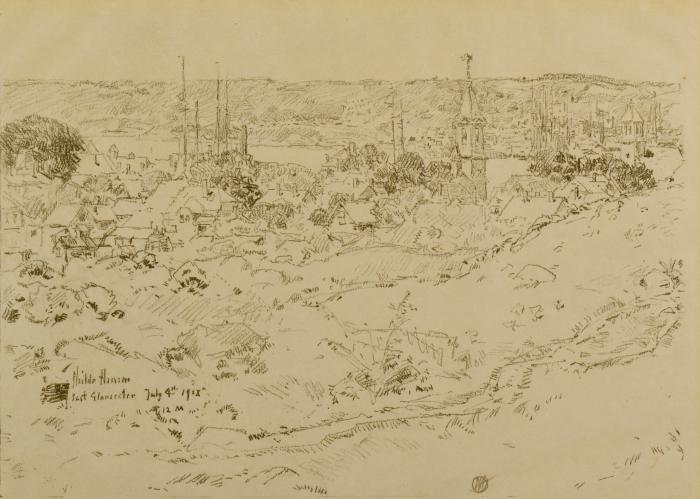 Painter, illustrator, and printmaker Childe Hassam advanced the visibility and viability of American Impressionism and was one of its earliest and most prolific practitioners. Having achieved great commercial success and critical acclaim as a painter, during the 1910s Hassam embarked on a twenty-year exploration of printmaking, creating etchings, dry points, and lithographs. Hassam started his career in Boston, and after studying in Paris he settled in New York City. There, his paintings of its avenues and skyscrapers chronicled the dynamism of modern life in the city. Gloucester, Massachusetts served as the artist’s home base for several summer seasons. On July 4, 1918 he captured the view of the harbor and buildings just outside of the eastern neighborhood.