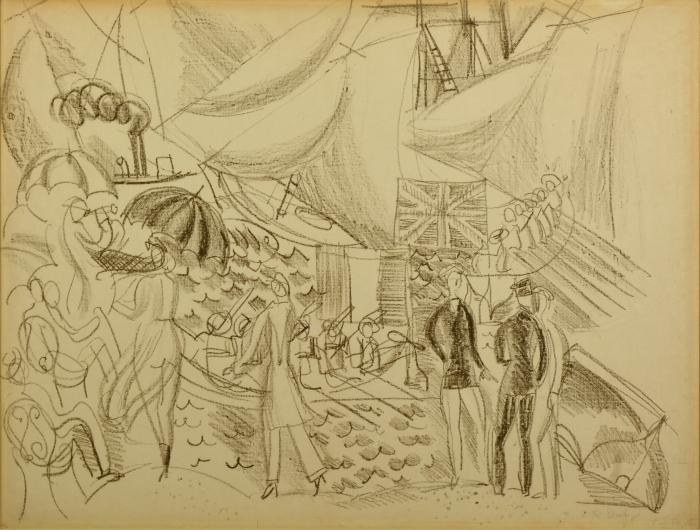 Raoul Dufy’s avid interest in regattas, seascapes, and images of leisure found perfect expression in works such as "La Regate,"which exudes vitality and dynamic movement. Born in Le Havre, a city steeped in nautical tradition, Dufy first painted images of seaside recreation just after the turn of the century, and revisited the theme of regattas throughout his career but with particular focus during the 1920s and 1930s when he depicted the events in his hometown, neighboring Deauville, as well as Henley and Cowes in England. A painter, printmaker, and decorator, the artist received a traditional education early on in Le Havre and at the Ecole National Supérieure des Beaux-Arts in Paris.