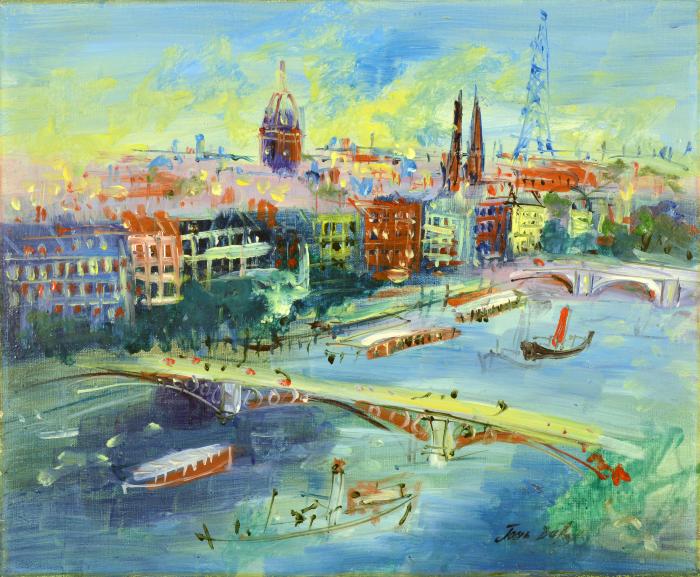 Dufy revels in a poetic vision of Paris. The Eiffel Tower juts into a blue sky and provides the high point of the skyline and the composition. The Seine flows towards the viewer through the heart of the city, and Dufy depicts two of the more than thirty bridges that span the river. A smattering of brightly painted boats, including a steamer and one of the ubiquitous tourist bateaux, cruise through this scene, going this way and that. Like his brother, the Fauve painter Raoul Dufy, the artist experienced first hand the work of the Parisian avant-garde during the first decades of the 20th century when both men lived and worked in the French capital. Jean settled in Montmartre in the 1920s. He exhibited regularly in France, including successive appearances in the Salon d’Automne and in the United States.