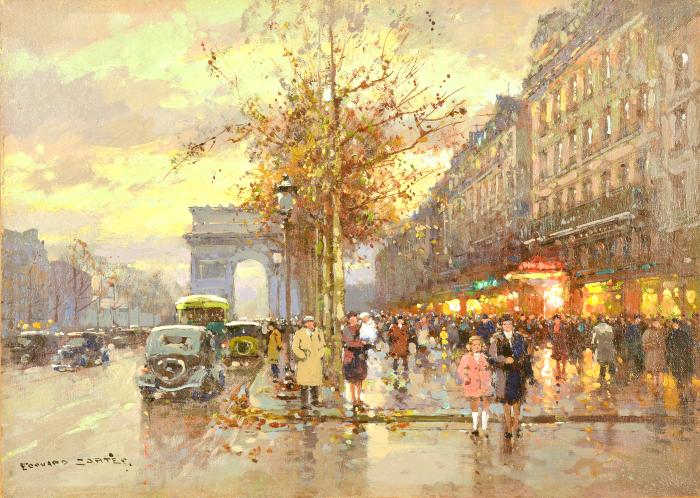 Shared Passion: A Gift of the Stuart and Barbara Padnos Foundation Collection ➔ L'Arc de Triomphe (The Arc of Triumph)

Edouard Léon Cortès, born in France, hailed from a long line of artists: his father, Antonio, was a painter during the 19th century in Spain and his grandfather, André, also worked as an artisan. Cortés himself became known as "Le Poète Parisien de la Peinture" or "the Parisian Poet of Painting" because of his diverse Paris cityscapes in a variety of weather and night settings. From cafés to squares, from train stations to grand Parisian boulevards, Cortés painted primarily well-known French locales, including this image of the L’Arc De Triomphe which he chose to present during an early evening light after a rainstorm.