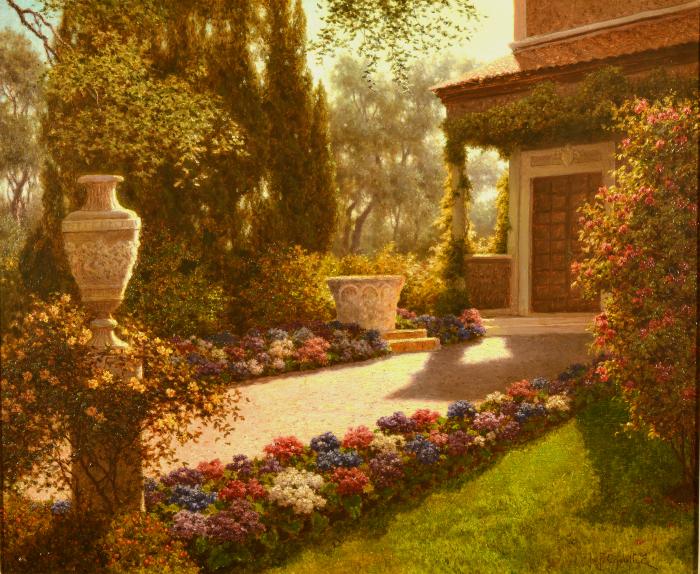 Choultse was born in St. Petersburg, Russia. Accounts of his early artistic education connect him to the studio of the great Fabregé minaturist Konstantin Krijitski, and through Krijitski to the court of Czar Nicholas II. In the aftermath of the Russian Revolution, the artist immigrated to Paris, where he lived and worked until his death in 1932. Despite the widespread attention to modernist styles popular in the French capital, Choultse gained renown for his landscape paintings done in an Impressionist style, which he exhibited at the Salon des Artistes Français.