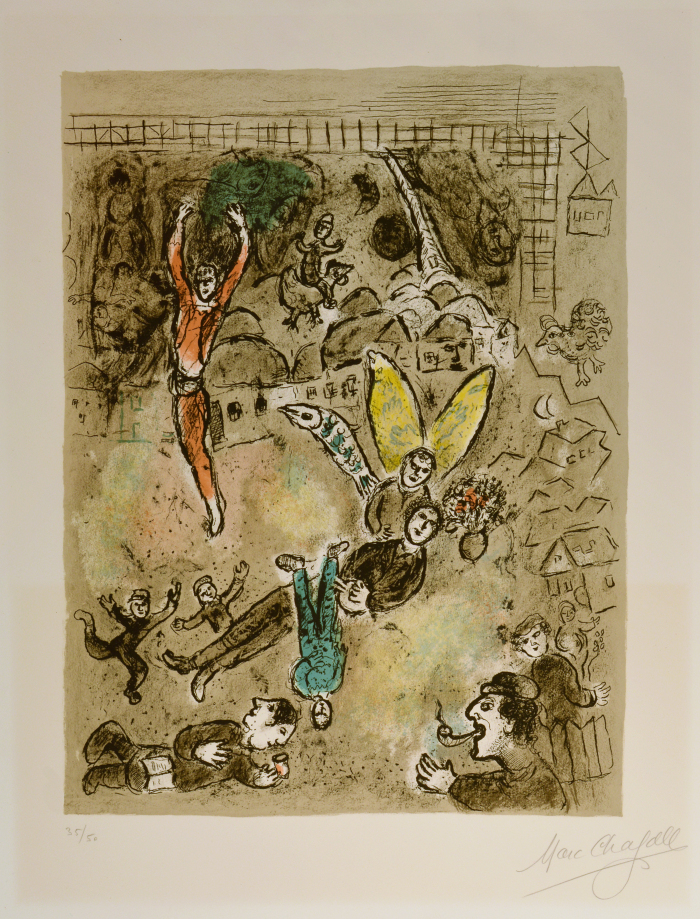 Produced in Paris when artist Marc Chagall was nearly ninety years old, “Composition Fantastique” shows his embrace of fantastical and evocative imagery. It reflects a time in the artist’s career in which he was influenced by a number of different artistic movements of the time, such as Surrealism and Cubism, and reacting to how his own art was changing with the times. Chagall experienced many loses in his life, ranging from losing his beloved wife to being exiled and discriminated against with his fellow Jewish community members through World War 1. With staying consistent for what he was known for, the imagery still reflects a dream-like scene with bright and abundant use of colors and fantastical characters and creatures, which Chagall returned to time and time again despite life’s hardships he experienced.