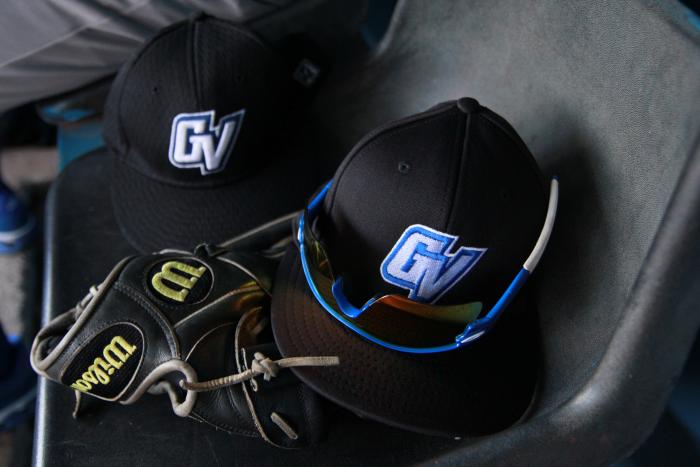 "A ball player's staples: glove, cap and sunglasses. The GV logo is well-recognized in the U.S. NCAA Division II baseball circle because of its winning success in the last decade or so. In 2012 Grand Valley was one of only three Division II baseball teams nationally to qualify for the NCAA post-season tournament for eleven consecutive years. Despite losing the three-game series to the Cuban team, Havana baseball fans learned to recognize the GV logo and appreciated the competitive games." -Gordon Alderink