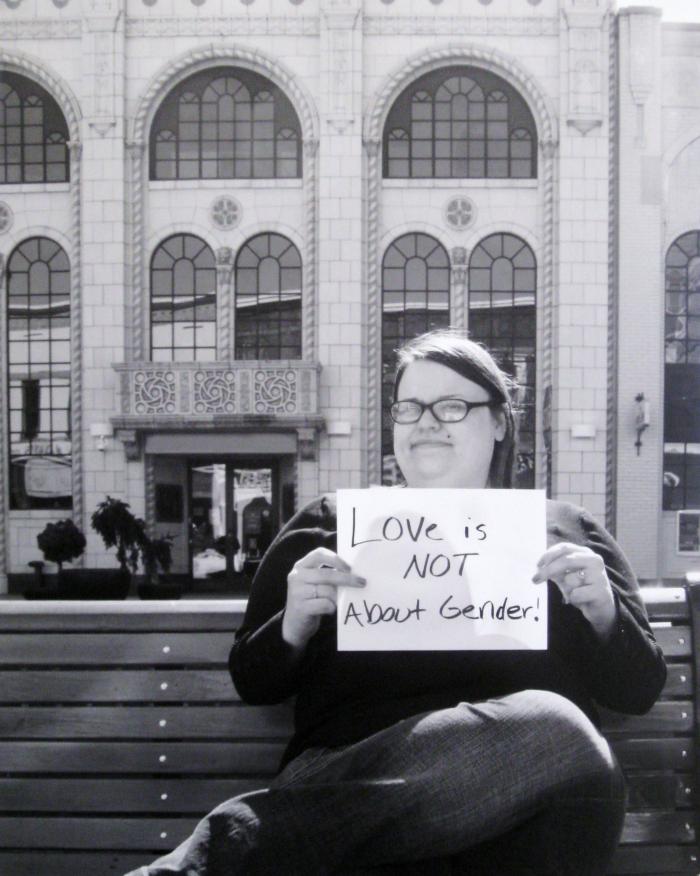 "Homosexuality is a major hot-button issue in today's society. Some people think it is acceptable, others do not. As homosexuality becomes more prevalent and enters even into out government system, I have aimed to capture a range of opinions that society holds towards the topic. In the summer of 2012, tow close friends of mine were in the process of coming out to their families. While one was accepted for who he is, the other was shunned and forced out of his parents' house. This led me to wonder how society as a whole feels about homosexuality, and what leads them to feel the way they do. In this project, I have asked a variety of people to write down their own opinion on a sheet of paper and allow me to photograph them. Although this does not portray all opinions that all members of society may have, it portrays a range of opinions and for some , a reason for such, most prominently from a religious standpoint." -Kristen Berens