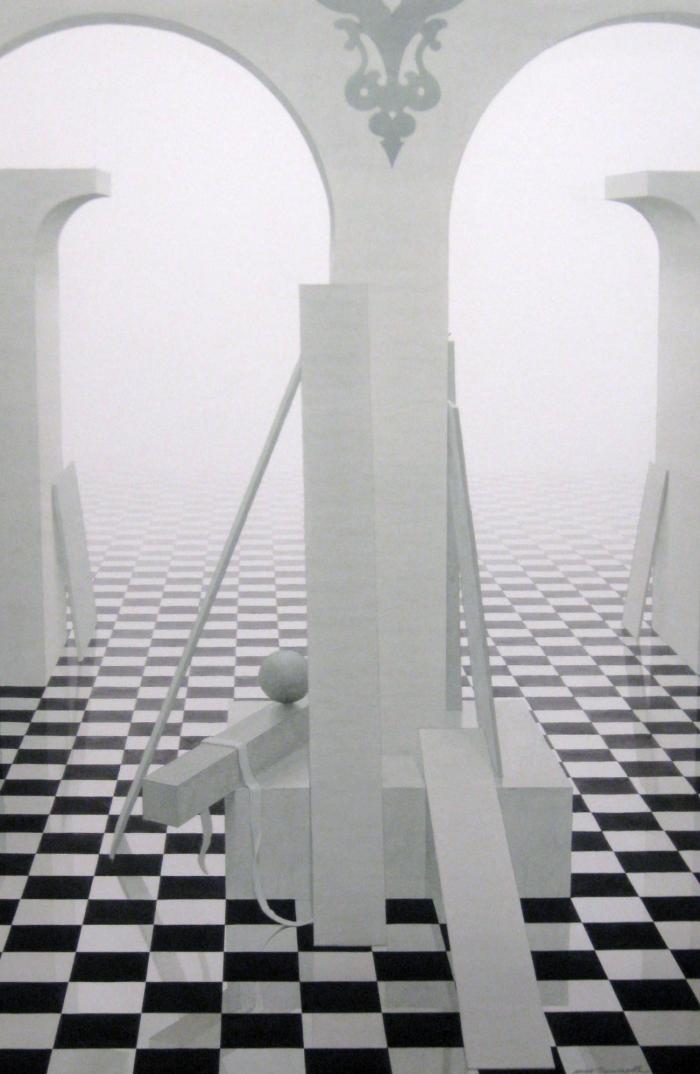 FP; left of copiers and printer

A gray archway with a pole, boards, and a ball leaning against the base. The floor of the picture is black and white tile.