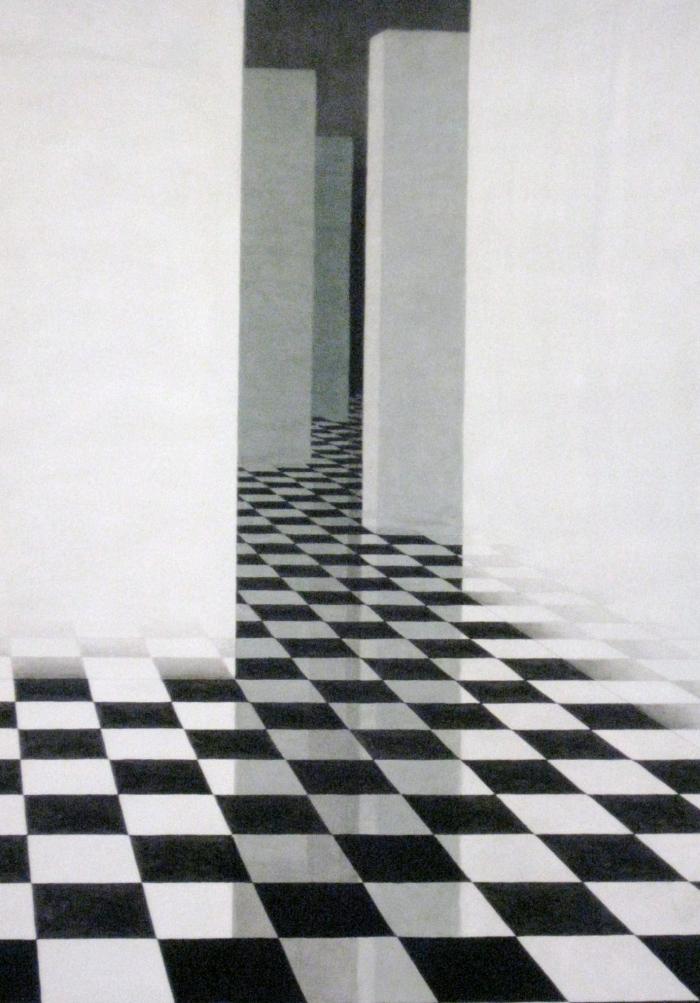 A room with white walls and a black and white checkered floor. In the room there is a doorway leading down a hall. The hallway is made to appear like a maze.