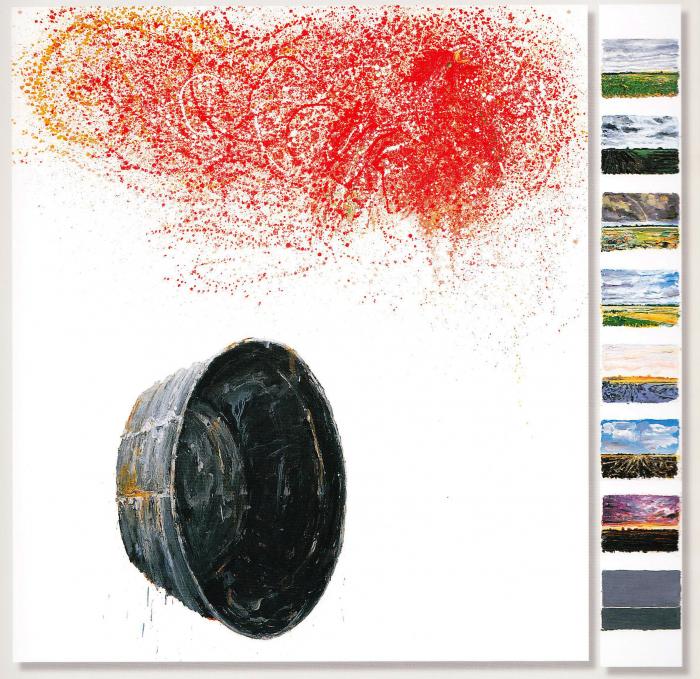 The East was Red with Cockrow

Gift of the artist, Vera Klement

Oil and Wax on Canvas

"I followed Celan with the lyric poetry of his great friend Nelly Sachs (1891-1970), who died the same year he did- although unlike him, she was almost eighty. Sachs had managed to escape Germany to Sweden. Her poetry is scorched by the Holocaust. Aside from painting her portrait, her powerful images are at the heart of a number of large works I made at that time. I painted "The East was Red with Cockcrow" in 1999- the title taken from one of her poems about the Great Terror.