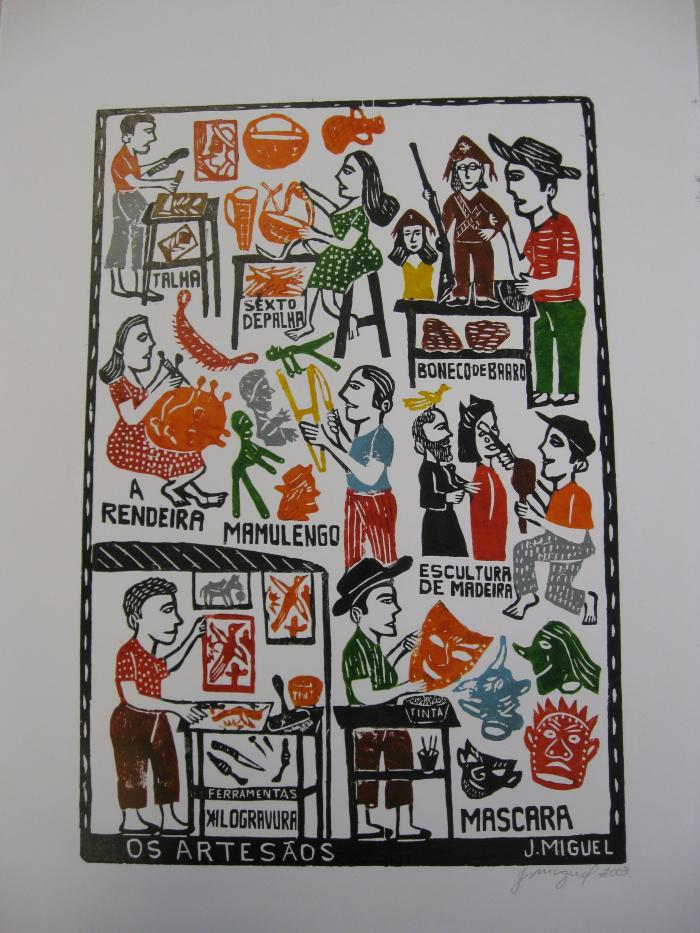 José Miguel de Silva learned the art of print making from his adoptive father, José Francisco Borges, a well-known Brazilian print maker. His woodcuts depict the stories of his people, both real and imaginary. The woodcuts were developed in the 1960s, originally intended as artwork for the covers of booklets called "literature de cordel," or "string literature", which are sold at fairs and markets.