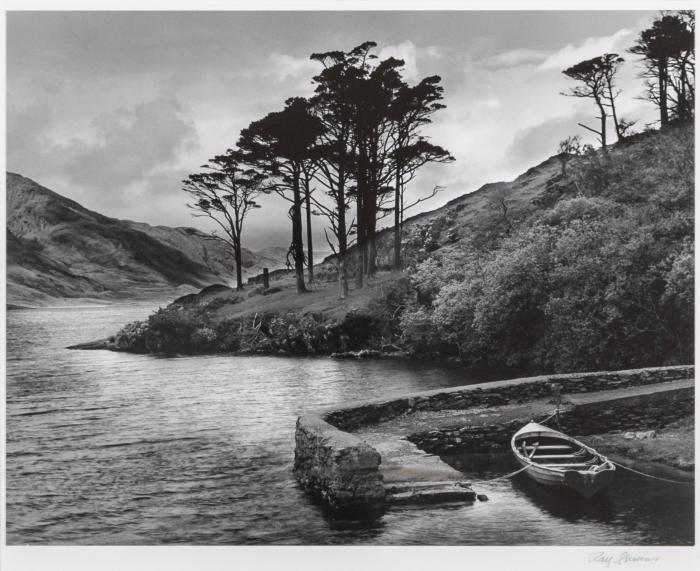 Black and white photograph of a lakeside and a rowboat.

Dr. Ray Stevens was a local Grand Rapids dentist and photographer. After serving in WWII as a dental officer aboard the USS Bremerton, he spent fifty-two years as a local dentist and served as President of the American Association of Dental Examiners. Over his career, Dr. Stevens also produced and filmed three scientific movies about dental health. His film titled “The Truth About Fluoridation,” has been translated into five languages and distributed worldwide. In his spare time, he preferred to be behind the lens as a photographer rather than a film maker. He and his wife Carol could be found photographing everything from their trips around the world, to the backcountry roads of Michigan.