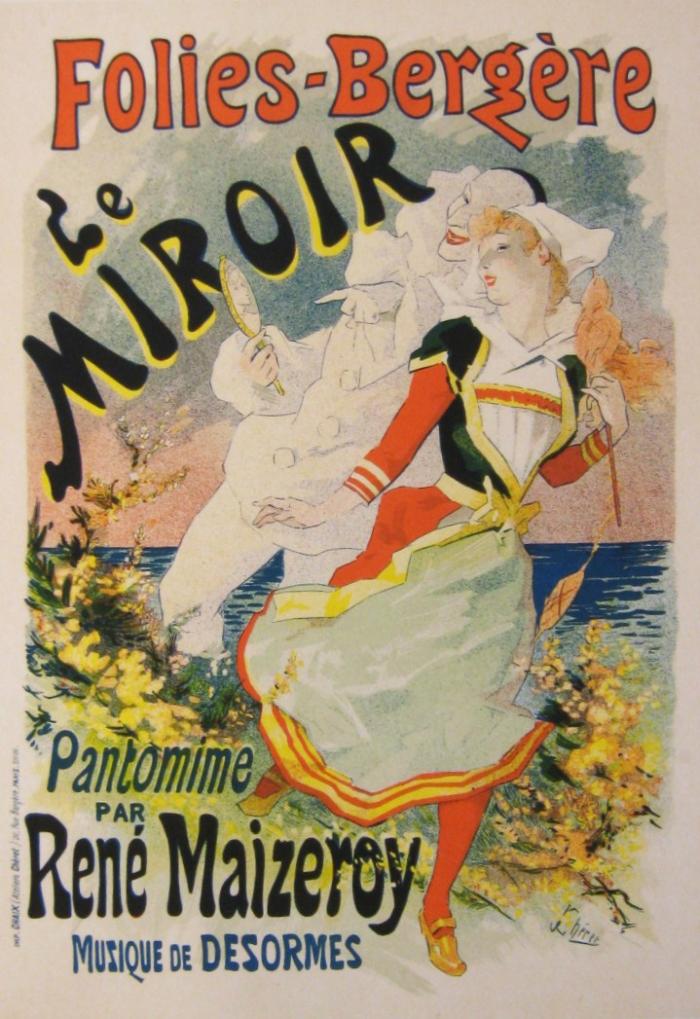 Woman in a green dress with red sleeves and stockings. Harlequin holding and pointing to a mirror. Lake or ocean in the background with flowers around woman's feet. Published by Imprimerie Chaix. Plate 157 of "Les Maitres de L'Affiche" (Masters of the Poster).

Jules Chéret was a French painter and lithographer who became a master of "Belle Époque" poster art and who has been called the father of the modern poster. From 1859 to 1866 he was trained in lithography in London, England, where he was strongly influenced by the British approach to poster design and printing. On returning to France, Chéret created vivid poster ads for the cabarets, music halls, and theaters, influenced by the scenes of frivolity depicted in the works of the 18th century Rococo artists. The original artwork is from the Robert L. Hoskins and Erwin A. Raible Collection of Fin de Siècle French Prints, a gift of Elaine Rutowski Shay.