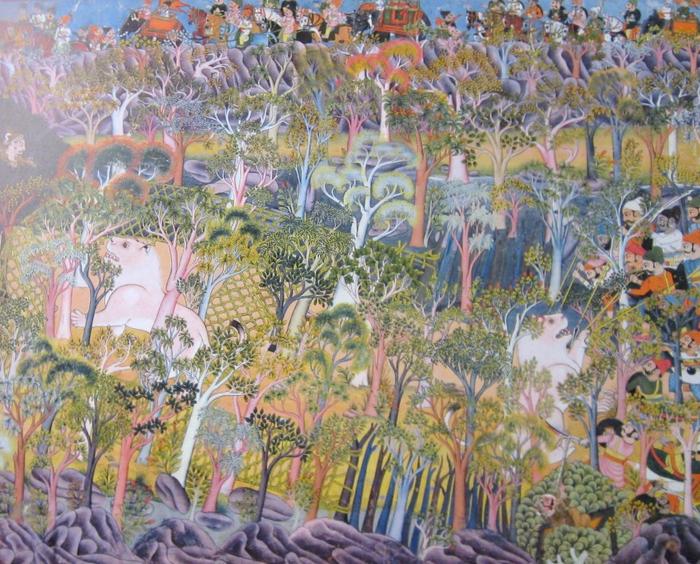 Men on the right stabbing a "lion." On the left is another lion being shot at by a man in a tree. In the background are Indian men marching on top of a cliff.

In 18th century India, rulers often staged lion hunts to honor distinguished guests. Hunts were also part of special holidays such as the Spring Festival. During these hunts, kings and their guests were assured of certain success: the animals were driven into confined areas and constrained by ropes or thorny branches. In this watercolor, the lion is restrained by green netting, and the ruler of Kota, Umed Singh, is the relatively unnoticeable figure perched in a tree at the bottom right. Lions were almost extinct in this region in the 18th century. The big cats appear in paintings far more often than they stalked the scrub jungles. The original of this work is located at the Williams College Museum of Art and was done in 1779.