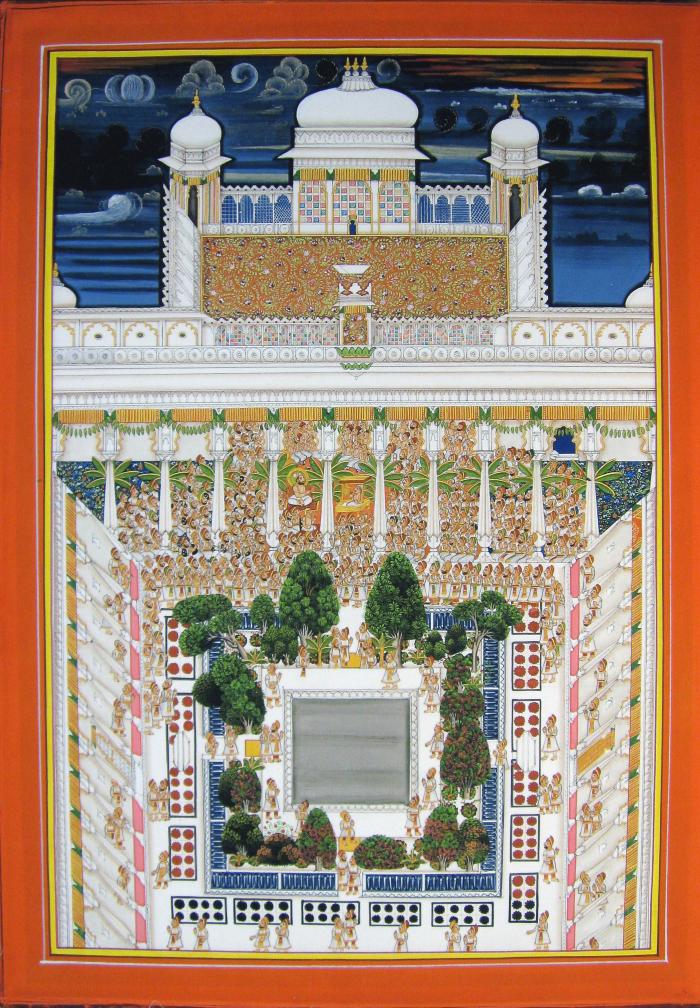 The top of the image has a large mosque building with a colorful floral background. The bottom has a silver square bordered by trees. It is surrounded by a huge mass of small people. A red-orange border frames the entire image.

The tradition of Indian Miniature painting can be traced back to 9th and 10th century India, with images painted as illustrations for palm leaf manuscripts. With the introduction of paper in the 12th century, larger format images and manuscripts became more popular. These paintings are heavily influenced by Indian literature and story-telling. They are often used as illustrations to text or as individual paintings and are small in scale, but highly detailed. This scene depicts Jawan Singh, the Maharana of Princely state of Udaipur, India who reigned from 1828 to 1838.