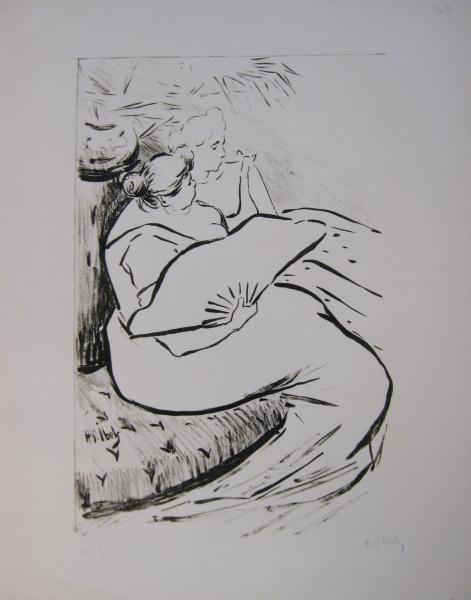 Black and white image of two women. One with a large fan reclining on round sofa. Signed in lower right in blue pencil. Original 2008.487.203a.

In 1888, Ibels entered the AcadÃ©mie Julian and met fellow Les Nabis members Bonnard, Vuillard, Denis, Ranson, and Seruiser. He participated in the first exhibition Nabis, especially at Le Barc de Boutteville in 1891. He later withdrew from the mystical orientation group and devoted himself to the observation of people, the working class, circus and theater. He is known for his bold, expressive works that are typically portraits of the influential artists of the time, and was very much inspired by contemporary Parisian life and the city of Paris.