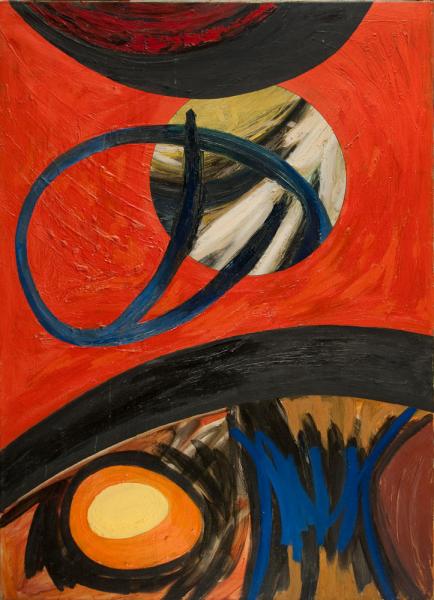 Gift of the Lixenberg Family in Memory of Saskia Lixenberg

In the late 1960s, Cyril Lixenberg developed increasingly aggressive themes in his painting. The birds in his landscapes became violent; the Golem, a clay monster from childhood stories created to defend the Jews of Prague, strode through his landscapes, attacking. Lixenberg says the aggression in his paintings was fueled by his anger toward the devastating effects of the Holocaust in Holland and toward the Vietnam War. At this time, Lixenberg grew frustrated with the ‘muddiness’ of his now aggression-filled painting. He sought greater clarity in his work using monoprints and hard-edged silkscreen prints. This transition marked a tremendous shift for Lixenberg, from gestural abstract expressionism to a form of geometric abstraction experimenting with contrasting opposites. Grand Valley currently has a large collection of Lixenberg works displayed across its campuses.