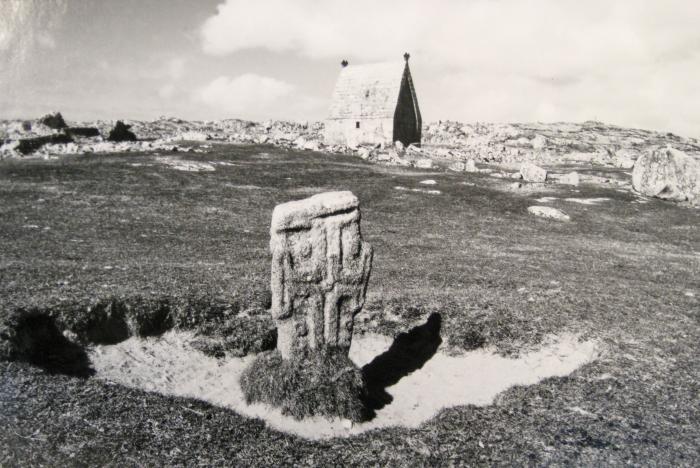 Black and white photograph of carved stone stuck in the ground in the middle of a grassy field; traditional Irish stone church in background.