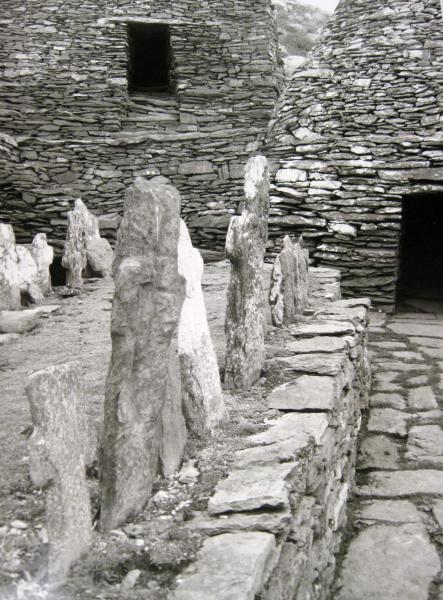 Black and white photograph of headstones in a walled-in cemetery; surrounded by large stone "huts".