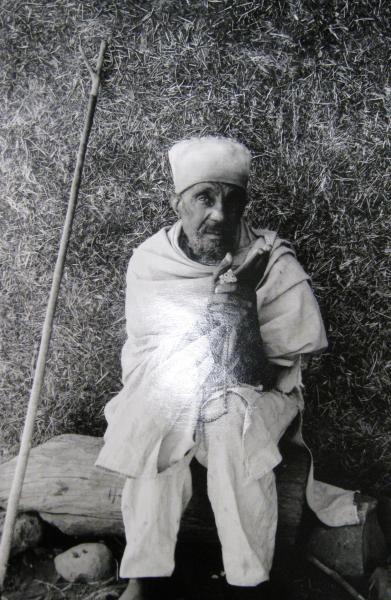 Black and white photograph of Ethiopian monk dressed in white; sitting on a long in front of a straw hut wall.